This is direct from the Daily Blog site...it is absolutely wonderful, and proves just how low our so-called public television has fallen...TV One now resides in the gutter.

And to think that our tax money is paying the salary for an idiot like Mike Hoskins.

The Daily Blog wrote:
“Good evening ladies and gentlemen and welcome to the first TVNZ leaders debate being held live in the gloriously beautiful Sky City ball room. It’s such a beautiful building boys and girls, we are so blessed to have Sky City here, they do such amazing charity work and their Wednesday night Texas Hold ‘Em tournaments are some of the best in country. Thank you, thank you, thank you Sky City.
I love you.

Now to the first leaders debate between National Party leader John Key and that fucking commie David Cunliffe.
John Key - How do you keep your skin so soft and unblemished Prime Minister?

David Cunliffe - Are you going to apologise now or after this debate you socialist wimp?

John Key - Oh Lord, why is the economy so amazing under your incredible leadership?

David Cunliffe - Stuart Nash told me you hate babies, why are you hiding your baby hating?

John Key - My love, is it difficult healing sick children with just your smile every day?

John Key - Sweet Prince, this country has prospered under your benign and loving care, why do the Green Taliban and Labour communists want to burn it to the ground? Why must they hate the children?

David Cunliffe - Matthew Hooton tells me you love to torture sweet cute fluffy bunny rabbits, why do you hate animals so much David Cunliffe?

John Key – Your big beautiful eyes sparkle like the dancing soul of a unicorn. How can heaven bear to be without you Prime Minister?

David Cunliffe – If elected you will allow unionists the right to shoot and kill anyone with a subscription to the NBR, why do you hate aspiration so much?

Here’s the petition to TVNZ to remove Hosking from the debates.
- See more at: http://thedailyblog.co.nz/2014/07/24/unbreaking-the-list-of-questions-mike-hosking-will-use-in-first-tvnz-leader-debate/#sthash.if3wgU1f.dpuf
Posted by Wheeler's Corner NZ at 01:11 No comments:

Hey Colin Craig...try being a Maori. 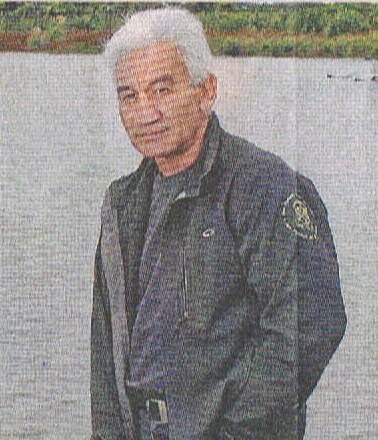 Otaki’s independent candidate Phil Taueki is lambasting Conservative Leader Colin Craig for his party’s ill-informed propaganda about Maori issues.
Mr Taueki is challenging Mr Craig to explain how he would feel if the police set up a round-the-clock scene guard to prevent him entering his own building or decided it didn’t matter if people trespassed on his property.
Mr Taueki is currently banned from leaving his bail address due to the electronic bracelet he wears. He says his overly-restrictive bail conditions and eight weeks spent in prison on remand reveal the extreme measures used to silence an outspoken activist who wants nothing more than the same rights as every other New Zealand citizen.
Despite being a direct descendent of a Treaty signatory, he says his recent Supreme Court judgement shows that for Maori, title means nothing more than a name on a piece of paper.
He has been arrested so many times he has lost count, but since 2011 he has kept a tally of all fifteen consecutive charges that have been dismissed, withdrawn or quashed on appeal.
During January this year, he was arrested for parking his truck on his own land in a futile attempt to stop Horizons and NIWA launching unwashed boats on the privately-owned Lake Horowhenua. The obstruction charge was quietly dropped after referral to the IPCA.
Mr Taueki says John Key’s Government steadfastly refuses to reinstate full property rights to the Mua-Upoko owners of the Lake Horowhenua bed and land around it.
Without the approval of the owners, Parliament passed legislation in 1905 giving the public the ‘right’ to use this lake free of charge and placing control of it in the hands of a Domain Board.
Within a year, politicians were already asking when this law would be repealed.
Mr Taueki says that Mua-Upoko has held a certificate of title to this property since 1899, and to make matters worse, an Appellate Court had classified this customary land to be ‘inalienable’.
He suspects that this ‘inalienable’ status is the reason Parliament placed control of the property in the hands of a Government-appointed Domain Board.  He says the existence of the Domain Board excludes owners from any  negotiations or compensation whenever a club wants to erect buildings on Maori Freehold Land or hold public events on land that the Crown neither owns nor leases.
Under the control of a Domain Board, this once pristine lake has become so toxic that a mouthful of water can be lethal enough to kill a child.
Mr Taueki says it is an insult to the owners to see the Government dish out money to subsidise the very people who were responsible for the state of the lake in the first place. Once again, the concerns of the owners have been ignored to such an extent that they have been forced to take the Horowhenua District Council to the High Court to divert Levin’s stormwater from the lake.
He wants to know how any other property owner would feel knowing that the only way they can stop their local council polluting their property is to dredge up the funds to take them to court, while this same council gets a hand-out from Central Government.
Mr Taueki says that it is time Mr Craig descended from his lofty tower to discover that colonial arrogance  and racial prejudice still prevails in this country.
Mr Taueki was in court last week defending charges that the police laid after he had  tried to stop rowers trespassing on land that is culturally sensitive. While he was held in custody overnight, his unlocked car was trashed beyond repair and his camera with evidential photographs went missing.
As a self-litigant, Mr Taueki summonsed Police Area Commander Patrick Handcock as a witness for the defence, because the police refuse to prosecute rowers who have admitted assaulting Mr Taueki on this same site. Mr Handcock had written to Mr Taueki stating that “whether a trespass occurred or not is immaterial”.
Mr Taueki had told the court that this site is waahi tapu, as it is the place his ancestors ferried their dead. Directly off-shore is the artificial island where members of his tribe were stockaded, waiting to be killed and fed as fresh meat for Ngati Toa, led by Te Rauparaha in his quest to exterminate Mua-Upoko.
As for the Treaty, Mr Taueki says it remains a binding contract whether Mr Craig wants to accept it or not.
Mr Taueki says that one of the reasons he has chosen to once again contest the Otaki seat, is that he wants to once again come up against the Primary Industries Minister Nathan Guy.
Mua-Upoko has a claim over 76 acres of land unlawfully gifted by Major Kemp to a private railway company chaired by Mr Guy’s great grandfather. Trains were already running on tracks laid at a time when the law prohibited the disposal of any land within this Horowhenua Block.
“It might be only a small sliver of land, but its strategic value as a portion of the main truck line is immeasurable.”
He has a Parliamentary Commission of Inquiry to back up his claim of disgraceful and fraudulent dealings in the past, and has told the Waitangi Tribunal in no uncertain terms that history is repeating itself because the politicians are once again dealing with people who are masquerading as Mua-Upoko, rather than the legitimate claimants.
He says there is good reason this Government is desperate to keep him out of circulation during this crucial period of Treaty settlement negotiations, but that will not deter him in the slightest.
“I am inspired by a comment made by Nelson Mandela that he had no doubt posterity would pronounce him innocent. It is unfortunate that somebody has to be prepared to go to jail before people realise there is a longstanding injustice that needs to be addressed.”
Authorised by Anne Hunt, 17 Nash Parade, Foxton Beach.

Anne Hunt is a past journalist and author and past District Councillor.
Posted by Wheeler's Corner NZ at 19:27 No comments:

I'm ashamed NZ is on the side of mass murderers.


This from the Daily Blog site: 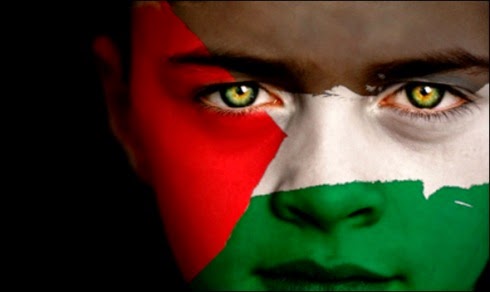 Since the violence between Israel and Palestine escalated, I’ve been avoiding the major news outlets such as BBC and CNN because I already knew what they were going to say and how they were going to frame the events.
It will be along the lines of ‘rockets were fired from Gaza so Israel had to strike back infinitely stronger in the name of ‘self-defence’. Honestly, I’m sick of hearing that skewed narrative.
However when I tuned in to the New Zealand news, I saw that our news is not exactly exempt from that same formula, albeit without the intense support and sympathy for Israel.
Even though our news did mention the shocking statistics, the wording and manner of description makes all the difference. To structure the description of events in this particular order creates the sense that one side is to blame and the other is simply protecting them-selves.
After digging just a bit deeper into the history and details of the conflict, the absurdity of this claim is crystal clear to anyone who is willing to open their eyes and see it. USA backed Israel with the world’s most sophisticated weaponry are forced to ‘protect themselves’ from people who basically live in an open air prison and have no army or no such weaponry? ‘Really… As George Galloway described it, Palestinians are being ‘slaughtered like fish in a barrel’.
But what I am happy to see is the increasing number of people who are starting to see through the propaganda.
- See more at: http://thedailyblog.co.nz/2014/07/13/blaming-palestinians-for-hamas-rocket-strikes-while-ignoring-israels-occupation/#sthash.RG9ZJ6nr.dpuf

This behavior from the Israelis made me think back to the aftermath of the 2nd World War when hundreds of Germans, and their Allies where put on trial for various war crimes. One of the most common war crimes was those that related to retribution for actions against the Nazi occupation forces. Whole village populations were taken out and shot on the Street for the death of one Nazi soldier. The SS and Gestapo treated their enemies as sub-human and murdered them at will all in the name of protecting themselves. Thousands of Jews managed to live through that shocking period in history…and the world had great sympathy with those hundreds of thousands of Jews and other nationalities.

Where possible we punished hundreds. But today it is ironic that many of those saved because we fought the 2nd world war are now via their armed forces committing the very same crimes committed by the Nazi murderers.

While countries like the US, who supplies Israel with all their arms, along with the UK, turn a blind eye as Israel commits mass murder and we here in NZ pretend that it is not happening, innocent people are being murdered as each day passes, either by Israeli rockets or American drones or both.

Thus far no one has been killed by rockets via the Gaza yet Israel has killed one hundred and fifty innocent civilians including many women and children…but hey it’s OK they are only Palestinians
Posted by Wheeler's Corner NZ at 01:58 No comments:

Email ThisBlogThis!Share to TwitterShare to FacebookShare to Pinterest
Labels: but the reality is its mass murder., Gaza. Israel murder squads. They call it tit for tat
Newer Posts Older Posts Home
Subscribe to: Posts (Atom)