"I mean if Donald Trump that great supporter of the American born again Christian movement can preach hatred and racism, condemn Mexicans as murderers and rapists, and still get elected then there is hope for wee ‘bishop Tamaki from South Auckland, after all he only hates gays and sinners of various types as yet undefined".

Brian Tamaki is a highly paid self-appointed bishop of a Church that most people have never heard of.
I imagine he named it Destiny because he saw in a massive [cinemascope] vision from his particular God: a blessed well off future that was his [Brian’s] destiny and right. 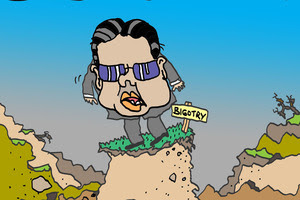 The first the country learned of Brian T and his black-shirts was when he led a march in Wellington against gay marriage, he was protected from harm from the thousands of gays and other assorted sinners, by a bunch of black shirted and suited guys each as big as pub bouncers.

The nearest we’ve ever come to such a display was when the NZ Nazi Party marched the Streets back God knows when.

Believing one’s own hype is not difficult when you’ve been doing it for decades. Self-appointed pretend ‘Bishop’ Brian Tamaki has passed through the usual self-generated cycle of moving from simple born again fundamentalist recruit to a preacher [of sorts] to pastor [of sorts] to head pastor and then finally to a God [self] appointed Bishop of the Destiny Churches of New Zealand.

Now wee Brian Tamaki is not your every day, run of the mill Bishop who has been promoted from Priest or Minister of their church to which they’ve given their best over many years of service in the churches sphere of operations. This service given in modesty and humbleness and humility are all key elements which brings credence to the position.

Now you don’t have to partake of any particular churches offering, that is entirely over to you. We here in NZ are not as prone as others for falling under the spell of magic words uttered from a bible like image held by a raving nutter on a theatre stage with flashing lights and canned music and surrounded by tall over-weight bouncer style black suited males pretending to be body guards for an imitation Bishop on leave from reality.

Now our self-styled religious wonder kid, suggests that earthquakes and any other such event is God chatting with us about the sinners in our mist.

God sends us earthquakes to teach us that gay marriage is naughty he sort of speaks to us via the earth. If I’m not explaining this very well then simply watch the video on this link:
http://www.nzherald.co.nz/nz/news/article.cfm?c_id=1&objectid=11749701

Now, our Brian has according to his wife [Hannah] who accompanies him on his trips abroad and rides in his flash cars or on his motor cycles and defends his weird predictions and blames the media for his infamy on her FB page.

So far the wonder bishop and his clan have yet to offer assistance to those affected by the latest earthquake, like making donations or any other humanitarian offerings to ease the pain.

The reason for this lack of Destiny church effort may have been brought about because of a lack of ready cash; some time ago Hannah and her over worked and under rewarded bishop husband and her daughter and her husband spent some time overseas recharging their souls.

They visited all the best tourist spots and stayed at real fancy hotels ending up at a convention in the US for self-made preachers of various hues.

It is fascinating to follow Hannah’s face book page as she reports back to those paying for this journey for her husband, the bishop and his family. Go to: http://www.stuff.co.nz/national/72221190/bishop-tamaki-lords-his-monthlong-luxury-trip-on-social-media

Well I’ve said enough about the ‘good’ bishop Brian Tamaki and his loving wife Hannah and their family of Destiny church donators. Really who are we to tell people how to spend their hard earned [in most cases] income? And why shouldn’t people believe that gays invoke earthquakes and other bad weather storms…

I mean if Donald Trump that great supporter of the American born again Christian movement can preach hatred and racism, condemn Mexicans as murderers and rapists, and still get elected then there is hope for wee ‘bishop Tamaki from South Auckland, after all he only hates gays and sinners of various types as yet undefined.

It looks as if he is going broke anyway…I’m sure Bill English will organise a loan and get John Key to approve it…after all they are used to bailing out failing businesses etc why not add imitation bishops to the list.
Posted by Wheeler's Corner NZ at 23:54 1 comment: 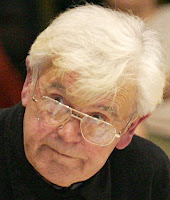 1. This is not your standard Wheelers Corner blog, offering an opinion on this or that bit of political news doing the rounds. I along with no doubt thousands in NZ have been watching the US election for President.

Donald Trump won, because he won the largest number of Electoral College votes to put him over the 270 out of 538 needed to secure a win.

But we need to remember that a million more voters voted against him than for him, still that sobering fact won’t change the reality of a Trump victory.

If I was a Black or Mexican living in America I would fear for my safety and the safety of my family. White bigots and openly racist gun loving idiots like the KKK will control the US. The US may become an even unhealthier place to reside than it already is.

It’s going to interesting to see how quickly he builds the wall between Mexico and the US and if he can stop touching ‘pussies’. 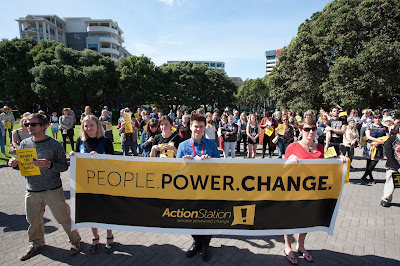 Posted by Wheeler's Corner NZ at 16:04 No comments:

David and Goliath situation in Israel 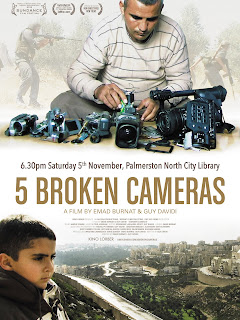 On Saturday the 5th of November at the Public Library the film 5 Broken Cameras was shown.
Its message was simple and straight forward. It told the story of the suppression of the Palestinian people via the camera of a villager living on the West Bank.

It was both heroic and sad, because the odds against which the local villagers have to contend are so overwhelming. It’s a sort of David and Goliath situation. Stones against bullets rubber and steel, teargas against placards, Barb-wire and concrete blocks against bare hands; these were the weapons being used in this life and death struggle in what was once the heart of the Palestinian nation.

When the British in their attempt to get rid of their radical European bred Zionists created the Balfour Declaration and gave away their protectorate to a bunch of terrorists they knowingly created a festering sore of corruption and brutality and called it ‘Israel’ and from that moment the Middle East became a killing ground for all sorts of dictatorships. And even today the British still supply weapons to both Israel and Saudi Arabia as they commit mass murder on scale of incomprehensible cruelty.

The map below shows just how illegal the Israeli nation is, born through manipulation and British hatred of all things Jewish, supported and armed by billions of US dollars, given the bomb by both British and US arms dealers, it is the stepping stone to a major war in the Middle East if Clinton or Trump are elected. This from: Leslie Bravery in the TDB. 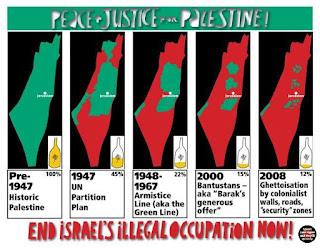 In 2013, Israel became the first country to withhold co-operation from a United Nations review of its human rights practices, in spite of efforts by the United States and others to encourage it to participate. It is the only country that stands perennially on the Human Rights Council’s agenda and more than half the resolutions passed by the Council have had to deal with Israel’s relentless military Occupation of East Jerusalem and the rest of the West Bank, together with its inhumane blockade and periodic blitzes of the Gaza Strip. However, a statement by the New Zealand Government refers to its “strategic co-operation” with Israel and the wish to continue developing “this special relationship”. Last month, Foreign Affairs Minister Murray McCully even went so far as to side with Israel over its hijacking, in international waters, of a defenceless vessel crewed by women, one of whom was a New Zealander.

After the film a discussion was held regarding just what Zealand can do to distance itself from both the Israeli regime and the US and British power play in the region. And it was during this part that possibilities were shared.

NZ has just signed an extremely racist deal with regards to film production…that should be cancelled.

NZ treats the people of Palestine differently to people of Israel in the matter of issuing a visa:

Israel acts against our nuclear policy supposedly supported by all our political parties. Israel refuses to sign the world wide nuclear non-proliferation treaty: this from Leslie Bravery

In 2015, The Economist estimated that Israel had 80 nuclear weapons in its arsenal. Israel’s US-supplied F-15 and F-16 aircraft can deliver these weapons anywhere in the Middle East. The Israeli Air Force has twice destroyed the nuclear power programmes of other countries in the Middle East: in Iraq (1981) and Syria (2007). France (the state that sent its terrorists to blow up the Greenpeace ship Rainbow Warrior in Auckland Harbour, causing the death of a photographer) provided the early Israeli missile programme with the technology for what is now known as the Jericho medium-range missile system.

The discussion was robust and I was most impressed by calmness and listening skills of those present many of which were without doubt from Palestine. While it’s true that NZ has at the odd time voted against the wishes of the US and the western powers in the Middle East. Our current government seems to bend over backwards to kiss their backsides.

Murray McCully and the PM’s behaviour over the Saudi sheep deal and the Israeli film deal is clear evidence that they are willing to put aside principles of both solidarity and justice in the pursuit of money and praise from the powerful. These are signs of both weakness and stupidity that we could do without.
If you feel that it is time to stand up and be counted go to the sites below and learn more.
http://5brokencamerasthemovie.com/
papaioeaforpalestine@gmail.com
http://thedailyblog.co.nz/2016/11/05/new-zealands-future-role/
PS In NZ right now there are a bunch of weapon manufactures including Israel selling their weapons of death…the government has welcomed them and permits the NZ Super fund to invest in these self-made hypocrites who need wars to keep them in business. So much for justice and freedom for all. 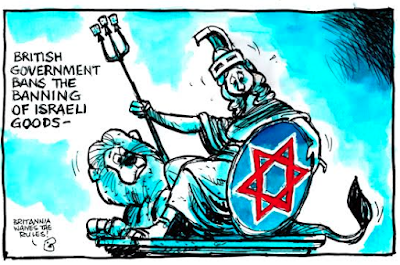 Posted by Wheeler's Corner NZ at 17:05 No comments: