Massive Protest Marches in US 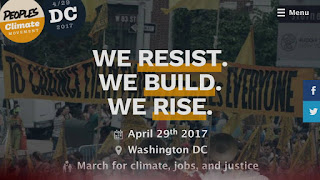 I’ve been watching for hours the ‘Climate Change’ march and sit it in Washington DC, where tens of thousands marched in protest at the lack of action by the US over climate change policy. It was thought that throughout the US hundreds of thousands were marching at the same time. https://www.democracynow.org/

Amy Goodman from the ‘Democracy Now’ broadcast team covered fully the start of the march in Washington…it took about three hours for the protesters to pass where she was interviewing various people on the issues which the march was about. Ironically it was one of the hottest days ever in Washington DC 93 degrees…

Amy interviewed two very young people one seven and the other nine and their stories were clear and concise. Most noticeable were the huge numbers of young people and women taking part. Based on the signs being carried they were asking Donald Trump [the pussy grabbing one] ‘Are you afraid of science’. Another sign read, ‘Greens don’t agonise they organise’ and I hope that message is being shared here in New Zealand too.

Of course the massive turnout proved without doubt that the US government now led by extremely rich climate deniers in the pay of the various industries involved in mining etc. who are manipulating the science to suit their cheque books are having a hard time convincing an intelligent and growing number of concerned US citizens that they are nothing more than a bunch of crooks.

We here in New Zealand are also faced with the same dilemma with our upcoming election choices, while we at this stage are not contemplating pulling out of the Paris Accord as is Donald Trump, where the biggest climate wrecker in history has put in charge of climate change the fat fingers of the United States biggest climate change denier. We here in New Zealand simply mouth the words while doing nothing in real terms. Trump has vowed that he would make "a big decision" on the historic Paris climate agreement in the next two weeks. Top Trump officials are divided about whether or not the United States should stay in or exit that agreement.

New Zealand’s own Donald Trump Winston Peters is pushing the anti-immigration line and not really commenting on climate change because he has no policy on the issue and will continue down the populist route to gain provincial support. At least [I think] Winston doesn’t pull pussies. He may fib a bit now and then and he may join up with the Nats after the election if they offer him a reward as a Minister. Still we shall see.

Let’s see how well the MSM covers the massive marches in the US, if they cover it like they covered the Israeli rocket attack on Syria on behalf of the US, we may not get to read about it at all. Are we so dumb that we have to be protected from what is happening in the world?

Late news: I was correct TVNZ said at the start of the 6pm news that they would cover it...but they didn't do so.
This small item was on their web site: https://www.tvnz.co.nz/one-news/world/huge-crowd-brave-sweltering-temperatures-protest-people-s-climate-march-in-washington-dc 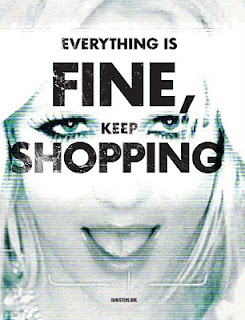 Some shots of the march. 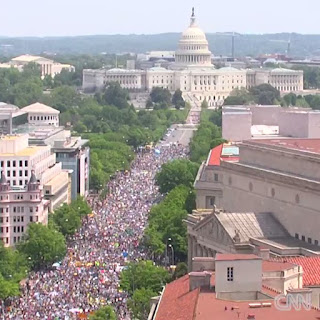 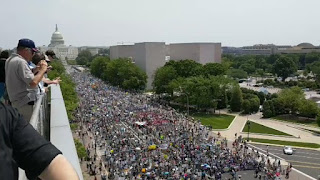 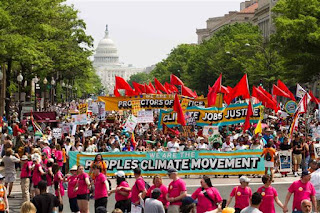 Posted by Wheeler's Corner NZ at 20:15 No comments:


This the best ever explanation of opinion polls, it particularly relates to political parties miss-use and manipulation of polls and thanks Donna for this wonerful blog... 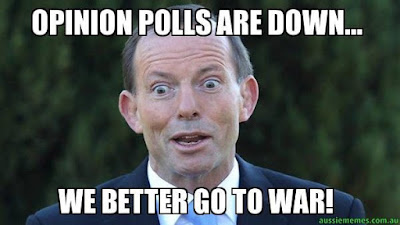 How to sabotage bad politicking « The Daily Blog
Donna Miles

Yesterday, an email arrived in my inbox from the Labour Party’s 2017 campaign manager, asking one question: Who was I planning to vote for in the upcoming general election?
With the election only 158 days away, the email said, Labour needed to direct their limited resources to the right places.

I am not interested in analysing how my answer would have affected the allocation of Labour’s “limited resources”- that is not the point here- my main concern is how polling is taking center stage in the way politics is being conducted in most developed countries including our own.
Remember how John Key reserved a special thank-you for the National pollster David Farrar during his 2014 election victory speech?

Key knew Farrar was instrumental in shaping the National Party’s policy direction so that it remained popular with their supporters- often at the expense of New Zealand’s long-term interests.
The result has been catastrophic inactions in many areas leading to housing crisis, environmental degradation, increasing poverty, widening inequality and worsening financial instability.

Opposition parties do the same. They use opinion polls to attract votes, putting power before conviction.
Great leaders are supposed to shape popular opinion, not become slaves to it.
They are supposed to lead the country for the long-term wellbeing of all citizens, not for the short-term gains that secure their power.

I wonder, for instance, if the Waitangi Tribunal would have existed or its powers ever extended, if those in government at the time, had a way of assessing the true extent of the popular opposition to it.
The success of Brexit in the UK and Donald Trump in the US showed the folly of political polling but was not enough to secure its demise.

Yesterday, the UK Prime Minister Theresa May made a U-turn on her promise not to call a snap election. She did this for one simple reason: the latest poll put the Tories on a comfortable 21 points ahead of Labour, giving them the greatest lead while in government since 1983.
If that is not a perfect example of opinion polls directing politics then I don’t know what is.
Focus groups and opinion polls exist, not to strengthen our democracy, but to help politicians gain and maintain power by playing strategical games and by framing political messages in a language that carries the widest appeal.

This type of politicking encourages the public to view politics through a narrow prism of rhetoric and theatre that is devoid of essence and analysis.
So, is there a way of changing this?

The obvious way to promote a more meaningful political debate is through the mainstream media, but given the media’s focus on clickbait journalism, that is just wishful thinking.
But what if we all sabotaged political polling by never answering the questions correctly?
If these polls turn out to be consistently wrong then maybe the politicians are forced to rely less on populisms and more on doing the right thing.

We need to tell politicians that taking the lazy route of appealing to people’s prejudices and misconceptions are not acceptable options.
Almost all the major political parties are busy formulating clever ways to “emotionally connect” with the voters. We need to say: Thanks but no thanks.

Appealing to the voters’ emotions, rather than their heads, is exactly what is wrong with politics today. Just think John Key, Brexit and Trump!
Good politicking is about demonstrating, clearly, how policies are actually going to make meaningful differences to the citizens’ wellbeing.

So, let’s encourage good politicking by getting rid of the bad. Let’s sabotage opinion polls.
http://thedailyblog.co.nz/2017/04/20/how-to-sabotage-bad-politicking/ 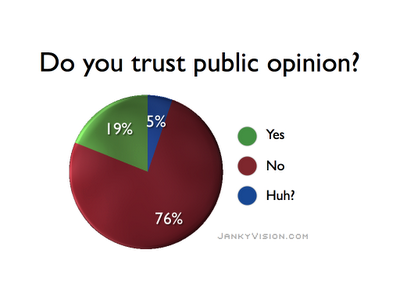 Posted by Wheeler's Corner NZ at 20:36 No comments: 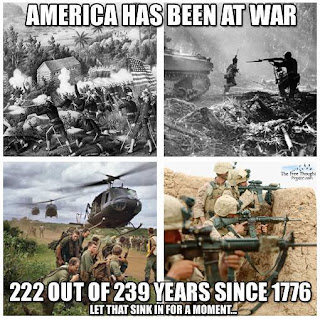 Trumps popularity ratings fall to below 32%, so he bombs an empty air field in Syria on behalf of yet another lot of civilians’ murdered by Assad or the rebels, or the Russians or even the Americans remembering that they have a habit of bombing hospitals, schools.
Any way Senator Marco Rubio is a Republican Religious nut case who stood for the nomination for President on behalf of the Republican Party…as we are all aware dear pink rinse Donald Trump got [brought] the nomination and won the position via the manipulation of the voting system…

all that is history now, it’s funny, but deadly representative of today’s political stupidity. Religious nutter Rubio made the statement printed below: Read it carefully and you’ll see what an idiot this bible thumping twit actually is:

Somehow this born-again wacky Senator ‘Salutes the bravery and skill of the men and woman of the US armed forces who conducted this mission” beat that for utter crap…what the hell is brave about sitting thousands of miles away in the absolute protection of a Missile ship,,, Do you have to be brave to use a computer as you fire your missiles at a target thousands of miles away…and judging by past indications, accidentally miss the so-called targets and hit instead a hospital or a shopping centre, or even a school full of children. There was no guts required to pull the trigger, therefor no bravery was needed, just a NAZI like devotion to killing on command. I’ve no doubt it took some skill to operate the computers etc and I would imagine that the criminal individuals who did most likely learned their killing skills by firing the drones that have now murdered thousands of innocent people.
Remember that under US law what these brave men and woman service people did was a war crime, because the President has no authority to declare war…why has no military person stood up to tell the President that without the correct and legal authority we cannot fire our weapons. Now that would have been brave…that would have been heroic…

Our weirdo Rubio suggests that Donald Trump will stop Assad from committing war crimes…yeah right… But who the hell is going to stop the US from continuing to commit war crimes, in Iraq, Yemen, Israel, Egypt, and Pakistan. Who is going to bring Bush, Clinton, Obama, Blair etc. to trial for their crimes against humanity? It would seem that no one in the US military establishment has the guts or the ability to stand up for justice…it would so seem that no one in the US Justice system has the fortitude to confront the new Fascist that rules the white house.

We here in New Zealand have every reason to be concerned that out own politicians lack the fortitude and back bone to say no to the new American dictatorship…but with twenty years of cringing to the mighty dollar kissing the backsides of various US Presidents. With the last ten years of sharing in the crimes being committed in the Middle East by the illegal invasion of Iraq and Afghanistan, we lack even the national courage to investigate our own military behaviour…so much for bravery…

I’m not sure if this is the turning point, or if we’ve all gone too far down the corruption path of the US empire…that seems to be rotting the core of future humanity… 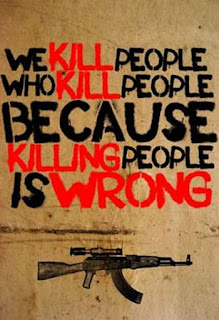