At Lake Horowhenua, Phil Taueki's two-year respite from arrest came to an abrupt halt last Tuesday, only four days after we celebrated this welcome reprieve.

Shortly after 9am, I received a phone call from Phil to report that Horizons and NIWA were launching a particularly large boat on this culturally-sensitive lake and he was going to call the police. Could I come over, he asked.

As I was driving down Queen Street towards the lake, I saw a police car driving towards me and sure enough, Phil was in the back seat. After waiting at the police station for some time, the police eventually told me that he would not be released until the afternoon.

So I went down to the lake, where I was soon joined by several beneficial owners and supporters. A security guard employed by First Security ordered an owner to get off the property. When he also told me to leave, I questioned his authority. Horizons, he claimed.

As the hours passed, we managed to confirm that a scuba diver was gathering the endangered species, kakahi from the bed of this privately-owned lake.

When the police returned to the lake to conduct interviews, I was informed that the police had arrested Phil on a disorderly behaviour charge because he had raised his voice. They refused to take several evidential photographs requested because they did not consider them to be relevant to this charge.

Fortunately, we already had taken photographs to show that the concrete pad of the wash-down facility was dry. The boat, eighteen feet in length, was powered by a 150 hp motor.

To comply with bio-security regulations, boats must be thoroughly washed down. By-laws approved by the Minister of Conservation require anybody using a motorised boat to obtain a permit from the Lake Domain Board beforehand. The police have powers to interfere with any unauthorised activity. The fine for non-compliance is $5,000. 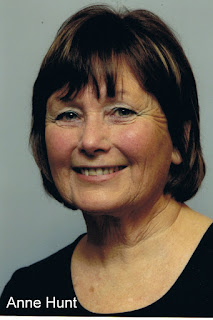 When Phil was eventually freed, he was not offered a ride home.

He tells me that as soon as he had approached this boat on his own land, a security guard ordered him to get off the property. When the police turned up, they refused to check whether Horizons had a permit to operate a motorised boat. When Phil raised his voice, he was immediately handcuffed and hauled off to the police station on a disorderly behaviour charge.

He was released on bail conditions not to approach Horizons and NIWA staff. They were back on the lake the very next day, knowing Phil would be detained in custody if he went anywhere near them.

As Phil has already successfully defended this charge, he plans to recycle a comprehensive submission prepared by Steven Price, who is also Nicky Hager’s lawyer.
The Chief Justice warns against the danger of using this disorderly behaviour as a tool to control “unwelcome speech”, because it impacts on liberty and freedom of speech.
If ‘objecting vociferously’ to unlawful conduct is a crime, we all have reason be worried.
Guest blog ends:

My view is that there is something deeply amiss in the town of Levin where the police seem to be so over staffed and spend little time solving real crime, I mean seriously Phil Taueki isn't even a gang member.  But looks like the Horowhenua Levin Police are going to reach a tally of 35 charges dismissed, withdrawn or quashed on appeal. When will the police ever learn????