Is NZ in for a election shock. 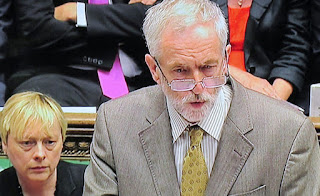 The rise and rise of socialist leader Jeremy Corbyn has shocked some, amazed others. Right now his critics are searching for reasons why this seventy plus Labour Party leader has become the hero for thousands of thousands UK voters.
Naturally they fail to look at themselves and their behaviour.
How can this have happened without them knowing…after all they are the “in group”…or so they believe?
Right now times are changing and the power base of the wealthy is under attack, the first real indicator was the US election outcome.
The Democrats did everything in their power to cancel out the Sanders factor [movement] in their effort to continue down the path of neoliberal money control…and they were successful by putting Clinton forward for President and therefor allowed the strange and weird Trump to creep into the White House. What they have ended up with is yet more government run like a profit making business for Trump and his rich mates
In the UK Corbyn turned to the people for help in defeating the neoliberal Blairites attempt to replace Corbyn. And the labour party masses rejected the Blairites plea. And when May called an early election everybody [MSM that is] believed she would increase her majority and even win in a landslide. They were wrong, now naturally they blame May for the shattering loss of support. They need a scape-goat and they found one in May.
Both Corbyn and to a lesser degree Sanders stuck to their principles and turned to the people. They went to the people with a program of fairness and honesty; they pushed a socialist agenda that recognised the massive gap between the rich and the poor.
Here in NZ we also have our populists’ leaders like Winston Peters who say what they think we want to hear, they pamper to our fears rather than our needs and that will sometimes work in the short term.
The reality is that we know what the actual problems are, what we are seeking are the ways and means of solving those problems. Corbyn didn’t jump on the populist band wagon; one writer put it like this;
“They, Corbyn and Sanders haven’t changed in order to jump on board, they’re socialists and this equips them for the populist mood, which exists because of the widening gulf between most people and the arrogant rich” [Rick Salutin June 16 2017]
Lies that flatter often pay dividends but equally they often simply delay the negative effects of those lies for a short time. Key was a master of the half-truth; English is nowhere as convincing, as the Todd Barclay episode has proven.
But the lesson our political parties need to study is the reaction by voters to the never ending spin and PR crap that fills our MSM. It would seem to me that based on the clear evidence of the UK elections that voters and especially younger voters are ignoring what the MSM says they should believe and instead see the reality of their existence.
We have one clear advantage or factor in our favour and that is our electoral system of
MMP which is a huge improvement of the First past the post process used in the UK.

Our second largest party [Labour] has been attempting to dismantle its neoliberalist history by dumping its Blairite type members, many of that breed have given up and have departed the scene.

Our third largest Party the Greens, which is the most democratically organised grouping, appears to be drifting toward the center. This could be because they feel they have fully captured the environmental vote and see nowhere else to go.

The forth party NZ First depends almost completely on its leader to latch onto the fear factor [immigration and provincial neglect] They have now added Adult movie man Shane Jones, the Norths version of Donald Trump, but history has clearly proven that NZ First will support whoever gives its leader a top position after the votes are counted.

The Maori Party somehow has become corrupted because of its long bridesmaid status with the neoliberalist National Party.

The Mana party [movement] is still the only real hope for Maori, why, because they truly represent those at the bottom of the heap.

A combined grouping of Labour, Greens and the Mana movement that includes the Maori Party may well represent the only real hope for the future wellbeing of all of us.

Two factors are obvious; we must close the gap between the super-rich and the rest of us. And the rest of us includes the young and the elderly, forget if you can your own back pocket and that’s bloody hard and accept that we can collectively unite under the MMP process toward a fairer and more equal society…and that at least in my mind is what socialism is all about.

If you have the time please read the following from Action Station: https://medium.com/@laura.oc.rapira/nine-reasons-to-be-hopeful-%EF%B8%8F-448b10e5ad88
Posted by Wheeler's Corner NZ at 03:38