"It's a huge amount of money and you probably won't run this but you know pigs can't fly but sheep can? We're flying sheep around the world." 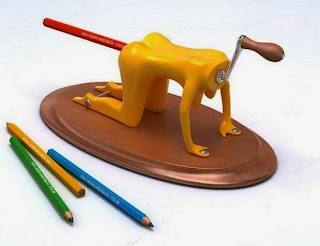 The total amount of taxpayer dollars spent to equip a Saudi Arabian farm is $4million more than previously thought, ONE News can reveal.
Initially it was thought $7.5million had been spent on sheep and farming equipment for Saudi businessman Al Ali Al Khalaf who was upset with New Zealand's live sheep export ban.

But later McCully had a sudden bout of honesty, like the PM he is a forgetful fellow:

Minister of Foreign Affairs Murray McCully revised that number when he told ‘ONE’ News he "thinks the total budget is about $11.5million over three years".
The figures show $4million was spent for a Saudi businessman and his expertise and for the "settlement of the long running dispute" over the export ban.
The farm gear, the 900 sheep air-freighted to the farm, a vet and three others flown to tend to sheep, cost $7.5million.
Travel costs and admin for trade and enterprise staff cost $270,000, while 300 of the sheep bought for Mr Al Khalaf were bought from his own Hawke's Bay farm and cost $45,000.

So it would appear that the National Party is up to its typical bankster tricky-dicky deals yet again…not satisfied with its failed deal with Hollywood, it’s about face with Sky City stuff up, its failed Novo pay settlement, its 27 million dollar flag referendum that no one wants…This shocking deal with a Saudi billionaire stinks, and that’s being polite.

All this banksterism to get a free trade deal with one of the world’s most corrupt bunch of Arab beheaders…I mean really, they make Israel look like the good guys…these are the same guys who have been, and still are funding ISIS…

You and I are paying a Saudi so-called farmer, eleven million dollars of tax payers money, We even brought some of the sheep from his own [NZ] farm…beat that for a double whammy.

TV One went on to say:

When asked if the purchases were a good deal for taxpayers, Mr McCully said: "I'd want to check the information you've got before I gave you a considered answer."
Mr Al Khalaf, who lost millions when New Zealand banned live sheep exports, also hired prominent lawyer Mai Chen to prepare a possible lawsuit against the New Zealand Government, and according to a cabinet paper he had legal advice suggesting he "pursue a claim for between $20million and $30million".
Mr McCully said he was aware that of the potential lawsuit and that the New Zealand government could "have some issues to deal" with if it didn't find a way of working with Mr Al Khalaf to create "this business opportunity".
"You might use exotic terms like sweeteners what I'd say is that we had a lose-lose scenario," he added.

What a gutless government, we legally changed the law about exporting live sheep by sea, a Saudi gangster style business man suffers a loss and threatens to sue, just as Hollywood did over their request to change our employment laws…and the government gives in and says how high do you want us to jump. And jump we did to the tune of five million in the case of Warner Brothers and eleven million in the case of a Saudi, who threatened to oppose the long awaited trade deal with Saudi Arabia…who the hell is running our country. J

Just imagine what would happen if we sign the idiotic TPPA…every man or dog will be suing us… and based on the present government behaviour we’ll be spending millions if not billions to appease corporate gangsters who appear to run the world these days. Our government appears to be not unlike the Iraqi army and that let me assure you, is not a complement.

Where to from here? That’s a good question, do we simply dump McCully and tell the Saudi Businessman [so-called] to take a running jump, or do we continue to bend our knee as the PM did when visiting the Saudi Arabian King and dictator a short while ago. 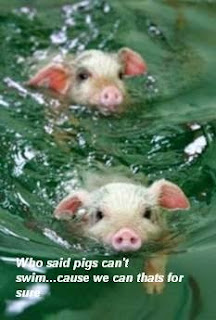 Labour Party Export Growth and Trade Spokesperson David Parker said: "It's a huge amount of money and you probably won't run this but you know pigs can't fly but sheep can? We're flying sheep around the world."

I don’t doubt that the PM will put pressure on the MSM to play down this cowardly behaviour, and tell us that he comfortable with this gutless, spineless cringing behaviour… but the question is ‘How much longer will you allow him to continue to make us look like idiots in the eyes of the world…as he did with the pony tail pulling episode.

Let me know what you think: wheeler@inspire.net.nz.
Posted by Wheeler's Corner NZ at 05:44