we surely must expect better behaviour from our Prime Minister and Minister of Foreign Affairs. After all the money spent so far on this shameful display equals around three dollars for each man women and child in New Zealand. 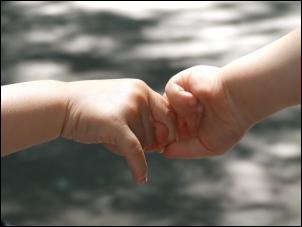 The nation was shocked…it was stunned…why because the budget raised benefits for our in poverty Moms and their children by $25.00 [in fact it’s around 17 t0 18 dollars depending on the cuts to other benefits]. This change was brought about because the National party says it has a heart and compassion for those in greatest need. It can’t tell us how many children will be lifted out of poverty by this ‘wonderful’ gift of compassion. Speaker after backbench speaker from National have praised each other because of this generosity.

So all those Moms who thought that next week they could buy some extra food or find it easier to pay their power-bill, buy shoes or clothing or whatever will have to instead wait three hundred and seven days to do so…oh the joy of being poor.

While all this crap is taking place and National bluffs its way into the hearts of those middle class types that it considers need appeasing…behind the scenes it is paying a huge bribe to a business type gangster that is growing by millions each week.

Let’s have a quick look at a lesson in ‘Bribery 101’ as taught by our Prime Minister.

A threat of legal action being used to partly justify nearly $12 million spent on a Saudi businessman’s farm was clearly hollow, Labour says. Controversy over the spending boiled over in Parliament yesterday with accusations of bribery.

This is becoming more unbelievable by the second. The Government have effectively given in to a threat of legal action after we stopped live sheep exports and bribed Saudi businessman Hmood Al Khalaf, who was involved in the deal, so we could get a free trade deal with a country that treats women slightly better than our sheep!
Are you ready for the kicker?

The reason we had to pay the Hmood Al Khalaf out is because he had received private assurances that the live sheep export trade would restart. Who assured Hmood Al Khalaf of that – are you ready – John Key and David Carter did before they became the Government in 2008.

That’s right, Key and Carter privately promise Hmood Al Khalaf to restart live sheep exports, they become the Government in 2008 and realise they can’t restart those exports without significant electoral resistance and Hmood Al Khalaf then threatens a huge legal action so  National pay him out with a taxpayer bribe.

Imagine if Labour had done this? The newspapers would be screaming for heads to roll, so far the mainstream media have spent more time interviewing the bloody Papakura Seal than focusing on this outrageous behaviour by Key and McCully.

At some point this cargo cult love affair NZers have with Key has to end right? This is out and out corruption.

Just think about the behaviours above: A three hundred and seven day wait for those in greatest need so that they can receive $25 per week…while at the same time spending what was first five million, then seven million but now we are told twelve million plus, to a corrupt Saudi who threatened to sue Key and Carter and block the Nats dream of a free trade deal with the gulf states…surely that proves where their heart resides. It is not with hard working Kiwi’s, it is not with those suffering real hardship…it is with some gangster style idiot from Saudi Arabia.

And our PM best mate [Mark Weldon] shuts down a programme that might have asked the tough questions about both these issues via Campbell Live. If this not bribery I don’t know what is…

The Minister of Foreign Affairs [Murray McCully] was asked two questions in the house today: Here are those questions: 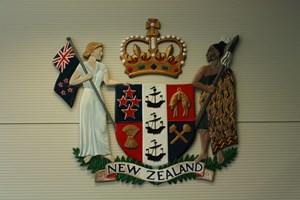 JAMES SHAW to the Minister of Foreign Affairs: Has a full and final settlement been reached with Mr Al Khalaf; if so, what is the total cost to taxpayers?

McCully answered: Yes, but no, the farm in Saudi Arabia is ongoing…

Hon DAVID PARKER to the Minister of Foreign Affairs: Did he seek advice from the Ministry of Foreign Affairs and Trade about whether, using the multimillion dollar payment for the benefit of Hamood Al Ali Al Khalaf – a Saudi Arabian businessman to cause the Saudi Arabian officials to advance the GCC FTA which had stalled, breached the OECD Convention on Combating Bribery of Foreign Public Officials in International Business Transactions?

McCully answered: He [McCully] had not sought advice but maybe others had i.e. his officials.

Both James Shaw [Greens] and David Parker [Labour] asked many supplementary questions…but McCully mumbled answers that in my view avoided the key issue of the deal between he and the Saudi Arabian business man. He never mentioned the activity of the PM or David Carter. The PM as is usual was not present as he never appears on a Thursday.

I can only hope that the media will pull finger and investigate this matter, bribery is a shockingly bad look…while we may be used to by world soccer bosses…the Mafia…and other criminals…we surely must expect better behaviour from our Prime Minister and Minister of Foreign Affairs. After all the money spent so far on this shameful display equals around three dollars for each man women and child in New Zealand.
Posted by Wheeler's Corner NZ at 04:54

Email ThisBlogThis!Share to TwitterShare to FacebookShare to Pinterest
Labels: Saudi get bribe. Kids get a years wait. Murry McCully and the truth. Public pays for bribe.