Hobson’s pledge NZ's KKK in drag makes the news for all the wrong and mis-guided reasons: 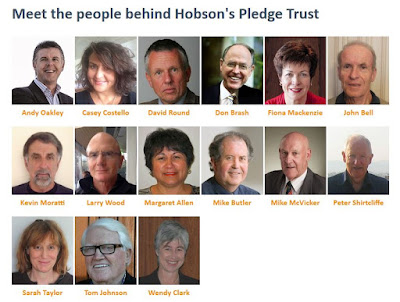 Do any of these very elderly people look like the teenagers in the picture below? 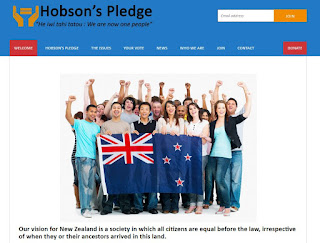 Do any of these so-call Kiwi kids look like the teenaged types below? They are certainly not early images of David Round etc: 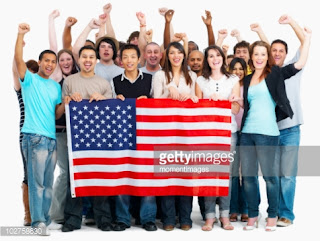 Or these, from the USA? 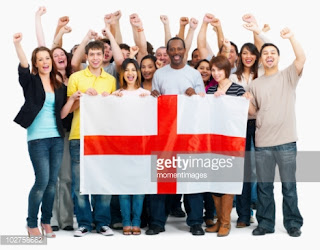 Or even these from England? 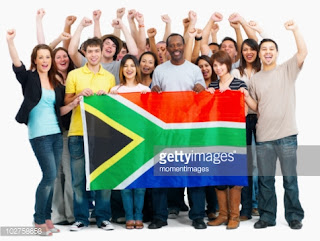 Or even these from South Africa?

You’ll notice that the Black person in the front row has been blotted out of the NZ / US versions, funny that don’t you think.

Does it indicate a white racist ingrained attitude by Hobson’s pledge? Or is it simply an act of protecting the sensitive feelings of ignorant better off Kiwis of white decent?

In the US we all know that African Americans are treated absolutely shockingly violently by police, the KKK and suchlike.

But I feel sure that to learn that a bunch of white separatists such as 'Hobson’s pledge' exist alongside groups like the NZ Nazi party [Our equivalent to the KKK] the far right Act party, who actually dumped Don Brash and other idiot leaders.

My feeling is that New Zealanders have, for the most, got over their racial phobias and have grown to accept our belief that equality actual involves acceptance that the Waitangi Tribunal process is the way forward.

This argument that Maori should not have Maori seats in Parliament is utterly nuts. Maori who opt for the Maori electorate seats…get one vote…how is that unfair? I repeat ONE vote, they don’t get two!

But Hobson's Pledge can’t wait…why because they are white racists at heart…but we should not fall for the Public Relations crap, they are all Donald Trumps’ replicas feeding on fear of change…their fear of Maori being a partner within this nation of ours burns in their sick gut…it permeates their actual behaviour and blinds them to what connects us.

We should ignore this bunch of oldies and leave them to simply slowly decay and disappear from the universe altogether.

Email ThisBlogThis!Share to TwitterShare to FacebookShare to Pinterest
Labels: Racist bigots strike again. Don Brash and his elderly mob rise up from the cellar.

Actually the black guy isn't blotted out, just moved to the back where he has his arm raised...see him? Anyway I see where your comming from and agree.

I happened to go to john key room i was going to post something up. I saw allan richards one of brashes "dads army" retired group cronies i said that are like a broken record that people are bored with them. That they be better on the golf course they be useful outthere. They have nothing to offer to maori and new zealand people. After about 70 or so replies or more allan richards you were busy copying and paste.You are in denial allan richards maori are tangata whenua and will always be. Maori representation and maori electorates or maori whanau hapu iwi should work alongside with district councils to have an interest. You cannot abolish maori rights or the tiriti o waitangi or treaty of waitangi. It is a written document between the queen of england and maori. Hobson pledge "dads army" are asking for donations to help go against maori fullstop. Politically yous have no mana but in saying that you wont bring maori or new zealanders together you have nothing to offer for this country at all or for the young to the older generation of new zealand. How can you fix homeless or poverty here in new zealand or unemployment or housing. If you dont have any answers to any of that you and your group."dads army" are better off playing golf. Maori and new.zealand people have come along way. Whatever it takes to keep those strong relationships intact we can do it together.

Another pathetic attempt by the uneducated to enrol all other ignoramuses in their pursuit of perpetual ignorance. A great example of why the treaty and the land wars need to be taught everywhere. Make it a compulsory part of receiving super. Lol they are a circus really

These people are professional shit stirrers. I'm afraid there's no way they will ever change their atitudes because they all are what you title then to be....Racist!! It's hard to admit their ancestors were part of the thefts of Maori lands let alone accept the fact the Treaty exists purely because the colonials couldn't wipe us out. Haha sorry but I giggle at the thought that the Tiriti o Waitangi has this power and there ain't nothing they can do about it. So go ahead Hobson Pledge, start your little army of racial bigots....let's see how many of them are out there. I could do with a good laugh....

After read some of your comments, I feel that there are a lot of very hateful people in NZ. Maori seem to think that because of the Treaty, they have more rights than everyone else. A lot of hate against so called white people. You all make me feel sick. I support equality for all, down with racist talk. One law for all.

Is that why you posted your comments under Anonymous, if you believe what you say why not give your name. Its perfectly OK for you to have the views you do but you seem to forget that the Treaty was between two equals but one [The Crown did its usual] and moved and forced Maori off their land...so much for one people...

The racist bigots are in fact the infantile mindless sorts who refuse to event debate the issues of equality under govt policy and the law....and resort to childish name calling and labels when they are utterly devoid of any objective reasoning....