The Week that was, the good the bad and the ugly.

When your computer falls over, it was suggested to me, that it's a little like losing an arm or a leg...and I must agree with that view.
Why, because it happened to me. For a whole week I was out of action and forced to go the library each day to check my emails.

Not that the news was all that important, a week of a ginger haired prince getting wed seemed to occupy the MSM absolute preoccupation with trivia.

We also had the news that New Zealand's racist bunch of settlers had their predictable victory over the democratically elected representatives who sit around our council tables. Oh dear me in the words of the really old Donald Esslemont 'All those bloody Maori[s], Donald always incorrectly adds an 's'

Donald Trump, Kim Jong-un
US President Donald Trump has cancelled a summit with North Korean leader Kim Jong-un, saying the world had "lost a great opportunity for lasting peace"
He said his decision was because of "tremendous anger and open hostility" in a recent North Korean statement.
The summit aimed to rid the Korean peninsula of nuclear weapons and would have been the first time a sitting US president met a North Korean leader.
But both sides recently cast doubt on whether the talks would happen.
Mr Trump's announcement came just hours after North Korea said it had dismantled tunnels at its only nuclear test site in a move witnessed by foreign reporters.
Mr Trump said he had been looking forward to the now-cancelled summit in Singapore on 12 June.
"I was very much looking forward to being there with you. Sadly, based on the tremendous anger and open hostility displayed in your most recent statement, I feel it is inappropriate, at this time, to have the long-planned meeting," Mr Trump said in a letter to Mr Kim.
"You talk about your nuclear capabilities, but ours are so massive and powerful that I pray to God they will never have to be used," he added.
But he called the meeting a "missed opportunity", saying "someday, I look very much forward to meeting you".
In a later statement at the White House, Mr Trump said the step was a "tremendous setback for North Korea and the world", adding the US military was "ready if necessary" to respond to any "reckless" act from North Korea.
Mr Trump was apparently responding to statements from North Korea attacking his administration and casting doubt over the meeting.
Earlier on Thursday, North Korean official Choe Son-hui dismissed remarks by US Vice-President Mike Pence - who had said North Korea "may end like Libya" - as "stupid".
Ms Choe, who has been involved in several diplomatic interactions with the US over the past decade, said the North would not "beg" for dialogue and warned of a "nuclear showdown" if diplomacy failed.
A White House official quoted by Reuters described the comments about Mr Pence as the "last straw". They stressed, however, there was a "backdoor that's open still".
References to Libya have angered North Korea. There, former leader Colonel Gaddafi gave up his nuclear programme only for him to be killed by Western-backed rebels a few years later.


What's the reaction been?

South Korean President Moon Jae-in said "I am very perplexed and it is very regrettable that the North Korea-US summit will not be held", the Yonhap agency reported.
This year has seen improving ties between North and South Korea, with the leaders of both holding a summit just last month.

UN Secretary General Antonio Guterres said the US and North Korea should not give up, saying "nerves of steel" were required.
In the US, Republican Senator Tom Cotton praised President Trump for "seeing through Kim Jong-un's fraud". But Democratic Senator Brian Schatz said the move was what happened "when amateurs are combined with warmongers". https://www.radionz.co.nz/news/world/358162/trump-pulls-out-of-north-korea-summit-cites-tremendous-anger

Where have all our newspaper gone? 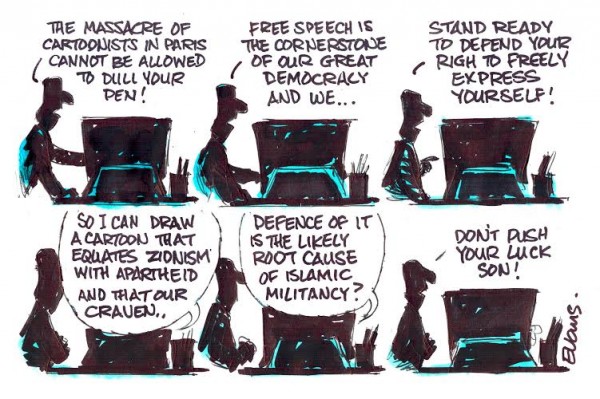 The news media in our neck of the woods is under going great change, our local paper the Manawatu Standard has gone from being a proper newspaper into a tabloid sized mini and at the same time our once free giveaway the Tribune publishes its latest edition on the 30th of May 2018.
Do you still have a newspaper in your neck of the woods? The Auckland Herald has become nothing more than a National party rag, and Stuff is so busy laying off staff that shortly it will be regulated to the web only.

Sorry for being late with this item:
Market rents for those in Council flats?

To the Mayor Grant Smith and the Councillors

This email is to inform you all out of courtesy our intention and making... standing for the rights of our vulnerable pensioners, disabilities, Maori, Pasifika and Migrants in terms of 'Market Rate' submission.

You are welcome to join us if you can on Saturday 26th of May. We will be pitching a tent/s in the square (grass area only) facing Fitzherbert Ave next the lights from 9am - 1pm out before 2pm.

The message is simple...Say NO to market rate... we hope you (Councillors) consider the followings below for food for thoughts.
1. Opportunity for clear calculating reasoning when petrol and food are going up.
2. Hear the vulnerable people there stories...
3. 'Vibrant City' challenge to find that balance in your heart.

Solution: Maybe look into case by case scenario. Not everyone fits one shoe.

We wish you well Councillors on Monday meeting.

To the Community sorry for the short notice, please pass the word and look forward to your support so I can tell my grandma the good news.

Note: I (Maruna Engu) take full responsibilities for the tent/s on The Square grounds only.