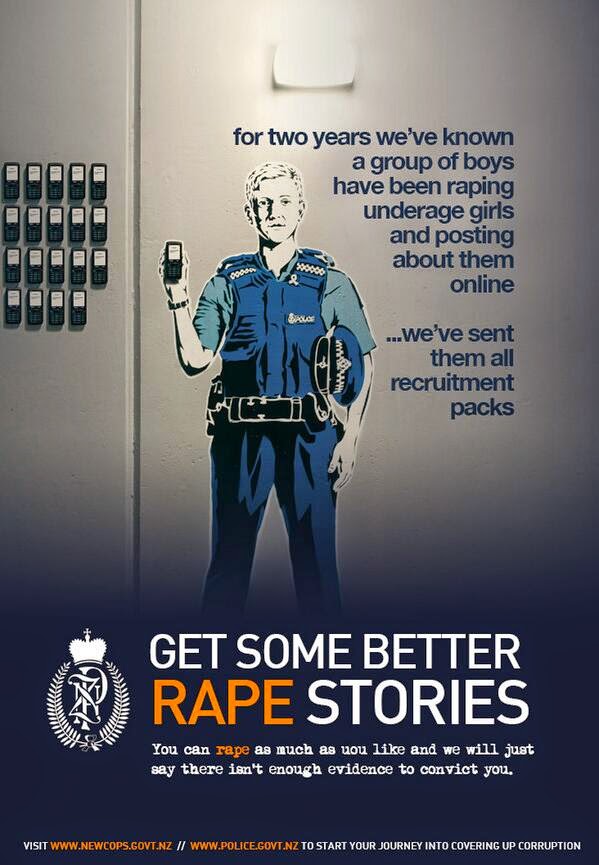 “The police have sent a strong message today. In fact they’ve been sending a strong message for a while; a message that our government supports. “You can literally get away with rape in this country.  If you rape someone, officials will do essentially nothing.” - See more at: http://thedailyblog.co.nz/2014/10/29/you-can-get-away-with-rape-in-new-zealand/#sthash.fzMhLq16.dpuf  [Jessie Hume]

The Roast Busters scandal was not a crime…you can confess to rape…and not pay any price…police admit a amazing blunder yet again…it seems nothing changes.

Today they gave the go ahead to the group of young men, that should they so desire, the right to become policemen and follow in the footsteps of the father of one of the men who were supposedly investigated on rape charges is now a career path.

I say supposedly because after three years and a bucket full of excuses and failures, of blotched questioning and half-arsed school yard style inquiries they [the police] have finally decided that the time is right to inform the public, yet again, that their efforts are simply so bankrupt of what could be termed ‘police effectiveness’ that they have been forced after three years to throw in the towel and admit defeat.

So the young men go scot-free while their victims suffer.

The police have stated that they are planning to introduce a training programme in schools to help young women who are attacked by the type of creature’s they’ve now released from investigation.

All male police should be made to read the statement below, give copies to their male children and attend annual classes on understanding sexual behaviour norms. 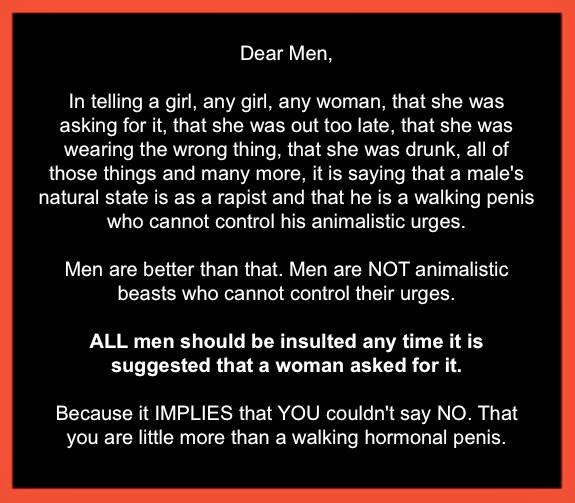 And they should be forced to  inform younger New Zealanders about another famous rape case stuffed up [if you will excuse the pun] by the police investigating their own criminals:

“Louise Nicholas as a school girl aged thirteen was lured into the Police Station at Murupara and raped by the officer in charge. After two trials the perpetrator was acquitted in a third. The rest of her story is well time worn and needs no repeating here, other than it was simply disgusting that three grown men, Police officers all, one of whom, was an assistant commissioner, would set upon her five years later and perform a series of repeated pack rapes. Subsequent events showed she was not the only young woman subjected to their unwanted attentions.
http://en.wikipedia.org/wiki/Louise_Nicholas

I suppose we can only hope that the police will one day 'Get it right and that they will grow out of their mis-guided belief that they must protect their own crims...