A blog site not in the Cameron Slater mode. 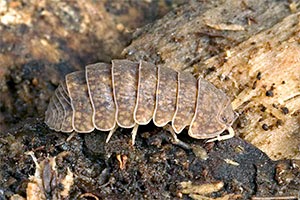 
Since I receive a lot of replies to my W/C newsletter, both positive and negative I might add, and since my W/C newsletter is broadcast on Access Manawatu 999AM each Thursday at 11.45am and on which I find it difficult to fit in and read out positive comments and especially negative comments if the language is unsuitable for public radio broadcasting I have decided to put it on to my blog-site some positive and or negative fed back received. This then is the first: And while the authors name is Peter he is no relation to myself, but I should add that Peter is a rather neat name to have…Peter is commenting on W/C 40 9th October 2014 on an item titled Choose to end poverty:

Peter, it was a powerful message today. The plight of our people without work is absolutely disgusting, certainly, given the open door policies that welcome to NZ every race imaginable
Every immigrant to this country, displaces another person in a job, many times on account of immigrants’ preparedness to work for lower wages. The demise of universal
Trade Union coverage of all workers has had a lot to do with our slide down the slippery pole into economic serfdom I  have been a trade unionist all my working life and
have always been grateful for the protections that Unionism provided for everyone. In one of the last jobs I worked it appalled me to see the younger members of our team
turning their backs on the Union Rep visiting the job. I watched and remembered the times my union had stuck up for me in various disagreements with employers.

Your simile of the young guy working for the Ware House was very apt. He is fortunate in having a fair employer which has taken him on and given him a job. It is a moot
point just what skills he is learning and how well they will serve him through the remainder of his life. Guys who gave up the first five years of their working lives have
enough trouble now in finding work. What hope for a jumped up counter jumper?

Your plug for the Tomato Cafe was valuable. There needs to be somewhere a list of establishments, paying the Living Wage so the supporters of the principle among us can
show our approval of their actions by supporting their businesses.

I was also pleased to see your plug for Action Station. It is based on the successful operations overseas which are holding Governments to account simply by their sheer
weight of numbers. Two that come to mind are; GetUp Australia and Avaaz, the latter with a membership now in excess of 20 million. Combined voices of that extent are very
hard for the dictators in our midst to ignore. Like it or not every country in the world has its dictators with the possible exception of Switzerland which for many years has had
its own form of Direct Democracy where every decision or policy of its governments are subject to 100 day scrutiny by the people, who decide, finally if the measure can pass
into law. What a different country we would have under a similar rule. No Government in recent times has taken the slightest heed of the combined voices of our people.

If you would like to receive Wheelers Corner each week via email just send an email to wheeler@inspire.net.nz requesting W/C in message.
Posted by Wheeler's Corner NZ at 20:13

Email ThisBlogThis!Share to TwitterShare to FacebookShare to Pinterest
Labels: Wheelers Corner. No Whale Oil. No Jason Ede. No Simon Lusk.